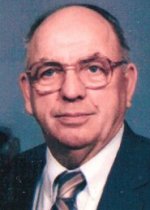 He was preceded in death by his parents and two brothers, Vola Patton and James McCoy Hatfield.

Funeral services were held at 11:00 a.m., Saturday, December 4th, 1999 at the Memory Chapel of Lake Cumberland Funeral Home with Brother Darry Hatfield and Brother Duane Hatfield officiating. Burial will be in the Sloans Valley Cemetery.