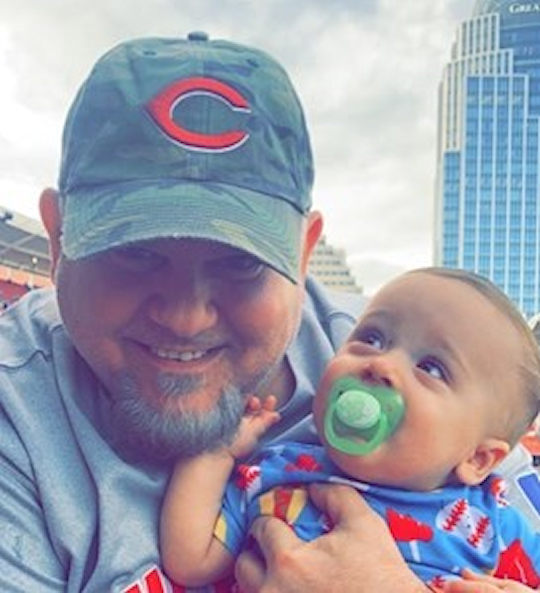 Chad came into this world on Feb 17, 1971 in Somerset, KY. He made Cincinnati, OH home until his death.

Chad loved to make people laugh and laugh people did. He had a unique ability to create laughter even in the darkest of times. Not just laughter…true comfort. Laughter is the best medicine, they say, and as a nurse, Chad loved to dispense it in abundance. He was a force of nature. He touched so many lives and many will carry the weight of his loss. They better, however, do it with a chuckle, to honor the legacy that he left us. That is all Chad ever wanted, truly, to leave a person’s life better than it was before he entered it. And we are all better for having the time we had with him. Whether he comforted us, taught us a lesson, or made us laugh. We are better.

Chad proudly served his country in the US Navy. He loved and respected the military services of the United States. He dedicated his life to the service of others. After leaving the Navy, Chad went on to become a nurse, and yet again to serve others. The lives he touched in his short time on the earth can never be counted. It was phenomenal. His life, and his legacy, was beautiful.

Chad leaves behind a family that will never again be whole without him. Whether this family be blood or those that he chose to be his family. Never will we be the same. But we are not meant to be. We are meant to carry Chad forward with us. And carry him we will.

Chad had a special group of friends in Cincinnati that were very much his family. They made his life rich and full. He loved them very much. And for that, his family is forever grateful.

Aside from his family and friends, Chad very much loved his fur babies. The bond was undeniable. Right before Chad’s passing he lost his “little buddy,” Khan. We like to think that as Chad started his journey to the other side that Khan was standing at the end of the Rainbow Bridge anxious to reunite and guide him further on. Never to part again.