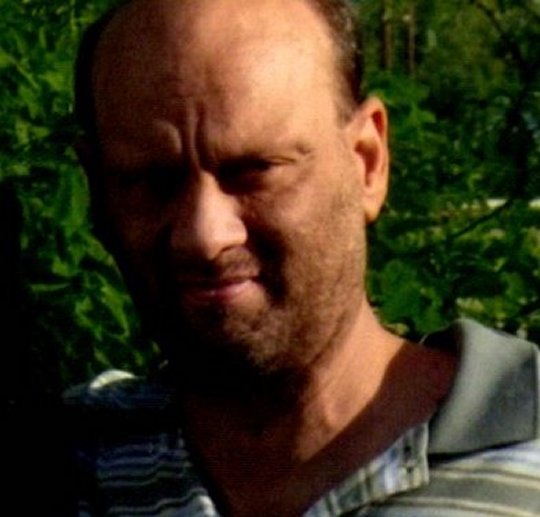 Clarence Edward Girdler, age 44, of Science Hill, passed from this life on Wednesday, January 3, 2018 at Lake Cumberland Regional Hospital.
He was born on May 15, 1973 in Somerset. He is the son of Clarence Saylor and the late Sue Carroll Girdler. Clarence worked as an independent Carpenter mostly in home improvements. He took pride in “fixing things” and being a handyman. He was a generous and kind hearted man that was always willing to help others. Clarence served his community on the Somerset-Pulaski County Rescue Squad from 1988 until 1999. He was of the Baptist Faith and was proud of his Baptism on October 26, 2014, He was a member of the Langdon Street Baptist Church. He will be sadly missed by those who knew and loved him.
Besides his mother; Sue Carroll Girdler, he is preceded in death by paternal grandparents and maternal grandparents; Carl and Eva Girdler, brother; Jeffrey Allen Grundy, uncle; Bill Girdler Aunts; Jean Fox, and Betty Girdler as well as his dog “Zeus Maxwell”
He leaves behind to cherish his memories; his beloved and devoted daughter; Angela Sueann Girdler of Science Hill, his longtime companion and caregiver; Jenny Hall Girdler, daughter; Danielle Grace Girdler-Ashton, Vine Grove, Kentucky, Aunt; Vicki (David) Vanhook of Somerset, Uncles; Hobert (Bernice) Girdler of Somerset, Eddie Girdler of Science Hill, other relatives and friends as well as his “Precious Fur babies”, “Gemma-Louann”, “JJ”, “Ambrose”, Macy Katniss”, “Caesar” and Zeus Edward”
Visitation will be from 10:00 a.m. until 1:00 p.m. on Saturday, January 6, 2017 in the Chapel of Southern Oaks Funeral Home. The Funeral Service will be at 1:00 p.m. on Saturday in the Funeral Home Chapel with Pastor Jerry Chandler and Bro. Logan Hargis officiating. Interment will be in the Southern Oaks Cemetery.
The following persons will serve as Pallbearers; David Vanhook, Tyler Padgett, David Minton, Eddie Girdler, Chris Girdler, and Dakota Acey.
Southern Oaks Funeral Home is entrusted with the arrangements for Mr. Clarence Edward Girdler.