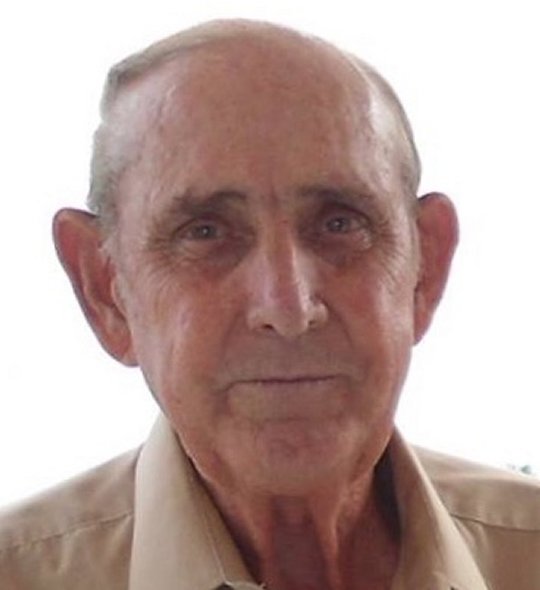 Mr. Hubert Jones, age 78, of Somerset, Kentucky, passed from this life on Wednesday, January 10, 2018 at the Lake Cumberland Regional Hospital after an extended illness.

He was born on January 22, 1939 in the Kidder Community of Wayne County, Kentucky, son of the late Charlie Jones and Ottie Branscum Jones.

Hubert was a Retired Delivery Truck Driver for the Somerset Refinery Company after several years of dedicated service. He was married to Ruth E. Dick Jones on August 25, 1959 in Jellico, Tennessee, together they have enjoyed 58 years together. Hubert was of the Baptist Faith and a member of the Slate Branch Baptist Church where he served as a greeter/usher and was faithful in ringing the Church Bell. In his spare time he enjoyed fishing, bowling and Ginseng hunting. Hubert was a kind and gentle man that was always willing to help others, he will be greatly missed by his loving family and those who knew him.

Besides his parents, he is preceded in death by his brothers; Hulen Jones, and Jimmy Wayne Jones and twin sisters; Dessie and Vessie Jones and another sister; Mary Irene Mounce.

He leaves behind to cherish his memories; his loving wife; Ruth E. Dick Jones of Somerset, a Daughter; Patricia “Susie” (Jimmy) Hogg of Somerset, Brothers; Robert Jones and Brent Jones both of Somerset, Sisters; Rosetta Hicks of Helenwood, Tennessee and Jean (Doil) Hardwick of Somerset, Grandchildren; Amber (Justin) Wheeldon and Hannah Hogg all of Bowling Green, Kentucky, Great-Grandchildren; Aidan Hogg, Josilyn and Kodi Wheeldon along with a host of Nieces, Nephews, Cousins and other relatives and friends. He is also survived by his special pet dog; “Lillie”

Southern Oaks Funeral Home is entrusted with the arrangements for Mr. Hubert Jones.