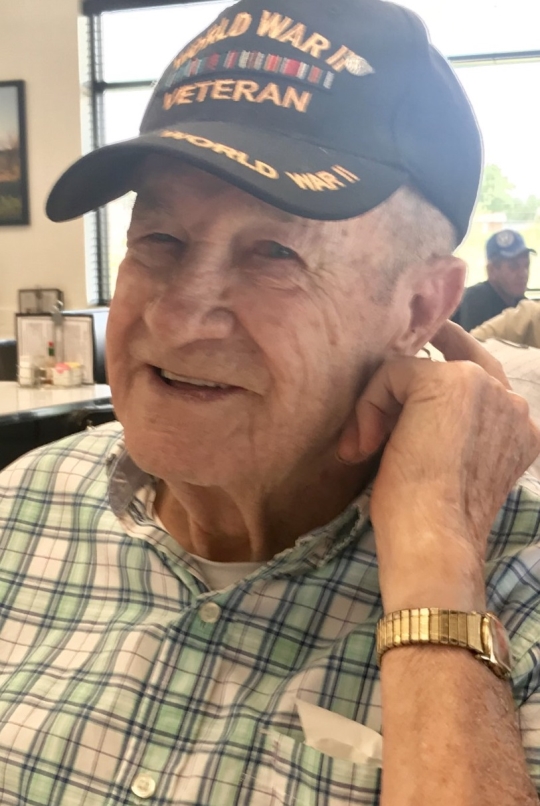 He was born on December 20, 1926 in the Quinton Community of Pulaski County, son of the late John Walter and Lou Ellen Nicholas Troxtell.

Hulen retired from American Ship Builders as a boiler maker. He proudly served his country in the United States Army having served in WWII and was a member of Piney Grove Baptist Church #2. He enjoyed going fishing, playing cards, doing yardwork, cooking and canning. Most of all he loved spending time with his family.

He was preceded in death by his parents, his wife; Jeannette Bennett Troxtel, mother of his children; Joan Flynn Perry, brother; Lathene Troxtell, and a sister; Emma Stigall.

Southern Oaks Funeral Home is entrusted with the arrangements for Hulen Troxtel.