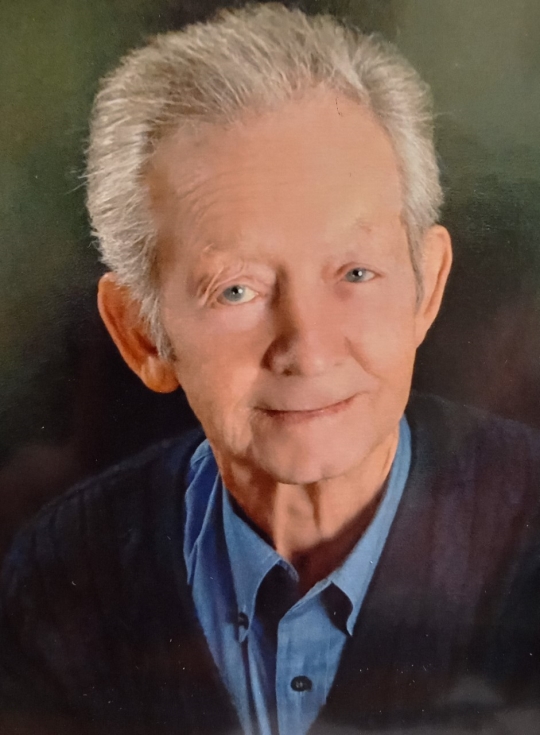 Jim was born July 5, 1928 in Taylorsville, North Carolina. His late parents were Denton and Nora Norfleet.

He was devoted to Jesus Christ, his church, and the Bible. Jim was a member of First Baptist Church, Somerset Country Club, an avid relic hunter, ginseng collector, golfer, and gardener. Jim proudly served his country in the United States Army, 1951-1953, as a Sergeant; and was awarded the Korean Service Medal with one campaign star, the United Nations Service Medal, and the Army Occupation Medal (Japan). He was owner of Wilson & Deal Communications, Somerset, KY, and the former Co-Owner of Unlimited Fiberglass, Somerset, KY.

Jim was preceded in death by his parents and wife, Velna Deal (Fox) whom he married on August 15, 1954.

He leaves behind to cherish his memory, his son, Douglas Allen Deal (Kim); his daughter, Debbie Tapp (David); granddaughters, Jessica Sharpe and Chelsea Woolums (Evan) and a great-grandson, Samuel Stringer.

Visitation will be held Wednesday, May 26, 2021 at 11:00 A.M. in the Chapel of the Southern Oaks Funeral Home with a funeral service to begin at 1:00 P.M. with Pastor Ryan Coffey, David Pendley and Sara Robinson officiating. Burial will follow in Mill Springs National Cemetery.

In lieu of flowers, the family requests donations be made to either First Baptist Church, 128 N. Main Street Somerset, Ky 42501 or Hospice of Lake Cumberland 100 Parkway Drive Somerset, Ky 42503.

Southern Oaks Funeral Home is entrusted with the arrangements for James Allen Deal.