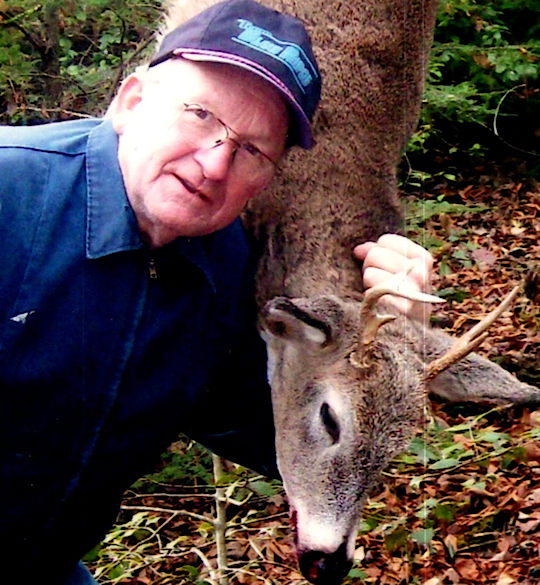 Lee was born May 21, 1944 to William Virgil Adkins and Sara Lena Wells Adkins in Somerset, Kentucky.

He was a member of Bethany Baptist Church of Stab, Ky and he enjoyed fishing, riding his ATV and traveling. He was an avid junk collector and enjoyed telling his stories to others. He cherished his family.

Lee was preceded in death by his parents, William and Sara Adkins, brothers, Edward, Lawrence, James, Sherman and Victor, sisters, Grace and Sylvia.

He leaves behind to cherish his memory, his wife of 33 years, Orilous Harvey Adkins, son, William Glenn (Della) Adkins of Franklin, OH; daughter, Sherry Kay (Gordon) Campbell of Lebanon, IN; 2 step-daughters, Katrina Mae Adkins of Indianapolis, IN and Karleen Marie (Robert) Lindsey of Camby, IN; brothers, Charlie (Carol) Adkins of IN, Buel (Phylis) Adkins of IN; sister, Beulah of IN; grandchildren, Brandon, Sarah, Joey; great-grandchildren, Kadin and Brenna; along with 4 step-grandchildren and 6 step great-grandchildren.

Visitation will be held on Saturday, August 13, 2022 from 11 A.M. to 1 P.M. in the Chapel of the Southern Oaks Funeral Home with a funeral service to begin at 1 P.M. at the funeral home with Bro. Will Brown and Bro. Rick Lawson officiating.

In lieu of flowers, donations can be made to the Shelby Lee Adkins Memorial Fund.