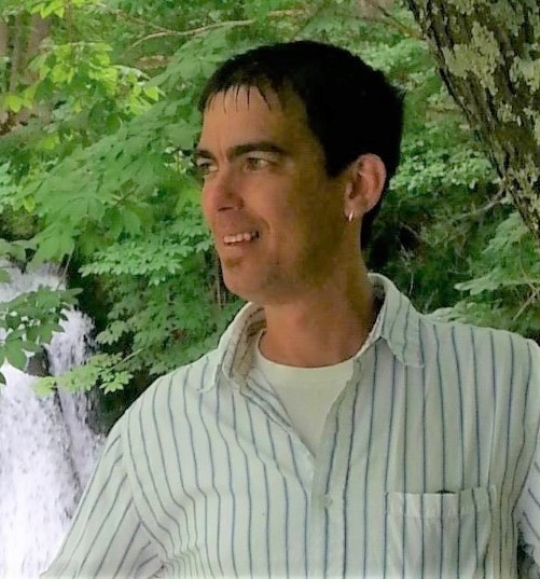 Andrew was born April 19, 1979 to Edward William “Eddie-Bill” Ping and Janie Ping in Monticello, Ky. Andrew was a son, fiancé, father, and brother, he loved being a listening ear to all his family members and had room in his heart to share love with everyone he came into paths with. He loved to get together with his parents, brothers, sisters, kids and fiancé and watch Kentucky Wildcats and discuss past memories. He was empathetic, effortlessly hilarious, and had great passion for every role he held.

He was a loving father who loved to share silly jokes and laughs with all his children and family. He loved watching Kentucky Wildcats basketball and football. He was an extremely good athlete and artist, who shared his talents with his children. He loved to kayak, sing karaoke, go fishing, and share good genuine belly laughs with all those who came into contact with him. Most importantly, Andrew believed in the power of the Lord and that Jesus Christ died so that he could be redeemed and have everlasting life in paradise. He was a member of First Baptist Church of Somerset.

Funeral service will be held Wednesday, January 15, 2020 at 3:00 P.M. in the Chapel of the Southern Oaks Funeral Home with Bro. Bob Browning officiating.

In lieu of flowers, donations can be made to the William Andrew Ping Memorial Fund.

Southern Oaks Funeral Home is entrusted with the arrangements for William Andrew Ping.